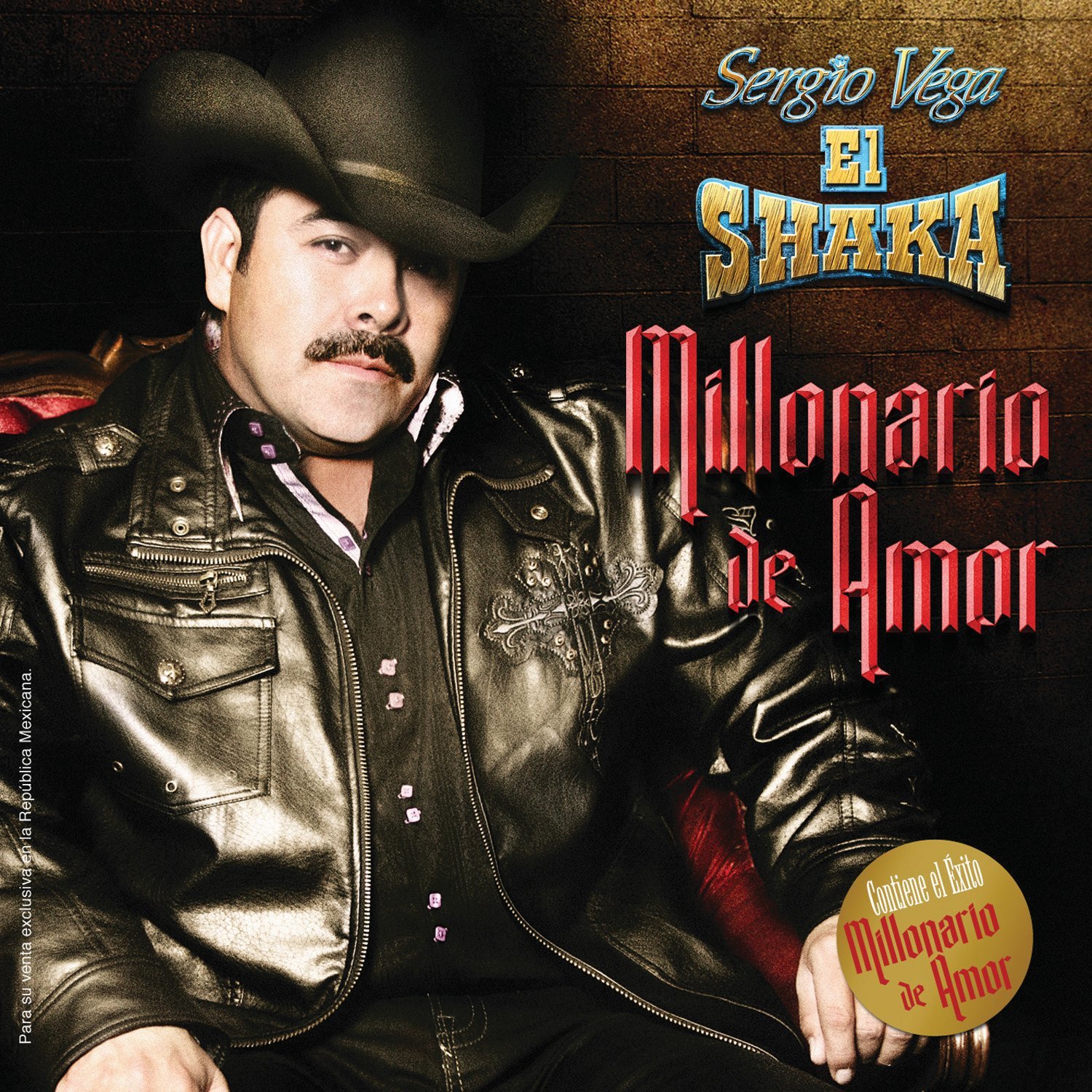 A warrior within the banda genre is gone; the romantic singer who conquered the world with his voice left us his latest unedited production entitled "Millonario de Amor." With his unmistakable voice, Sergio Vega, "El Shaka", will continue to reign as a leader of this genre and remain within the hearts of his fans. "Millonario de Amor" is also the title of the first single within this CD that Sergio Vega "El Shaka" left as a final gift. This production includes 10 romantic and rhythmic songs. "This is my best record yet" Sergio Vega mentioned to friends. Remember the life of Sergio Vega through this CD.

Sergio "El Shaka" Vega was born into a musical family in the working-class rural village of Ciudad Obregon, in the state of Sonora, Mexico. The eighth son in a family of 13, Sergio lived among uncles and members of an extended family who would play songs and sing before heading out for the day's work. Surrounded by song, the young Sergio grew up with very little, but for his immersion in regional Mexican music. At the age of 19, Sergio immigrated to the United States, to join his brothers Jesus and Ramon, who were living in Phoenix, AZ. Working construction during the day and playing bars at night with his brothers under the group name Los Hermanos Vega, Sergio gained valuable performance experience before returning to Mexico. A short time later, the Vega brothers returned to their homeland and began recording and performing under the name Los Reyes del Norte. Vega's first hit, "Como la Lluvia," earned the group some recognition. It was during those early days that Sergio earned his nickname "El Shaka," because of the fearless quality he shared with the famous Zulu warrior.

As his group gained popularity, the need for a distinct name arose. Los Shakas del Norte began recording for a small local independent label, though it wasn't long before Vega's talent and charisma were discovered by the majors. A difficult period, fraught with alcohol and drug abuse, soon clouded Vega's talent and artistic vision. Vega retired from music, and practically became lost between 2001 and 2003. In a dramatic return to the recording industry and his adoring audience, Vega released Me Gusta Estar Contigo in 2004, earning him a place on Billboard Latin charts and his highest sales to date. In 2005, Sergio had the misfortune of losing his brother Ramon, his musical mentor. Plaza Nueva was released that year in his memory. Sergio Vega has become one regional Mexican music's great exponents, openly sharing his story of rebirth and delivery from substance abuse, owing credit to God for his second chance at life. ~ Evan C. Gutierrez, All Music Guide

Access to the law is critical to understanding your rights and your responsibilities when facing a variety of everyday legal issues and problems. The law belongs to all of us, and Justia is proud to offer free access to federal and state court decisions, codes, and regulations. We also provide the full text of the Annotated US Constitution, as well as recent dockets and selected case filings from the US federal district and appellate courts.

Lawyers - Get Listed Now! Get a free directory profile listing