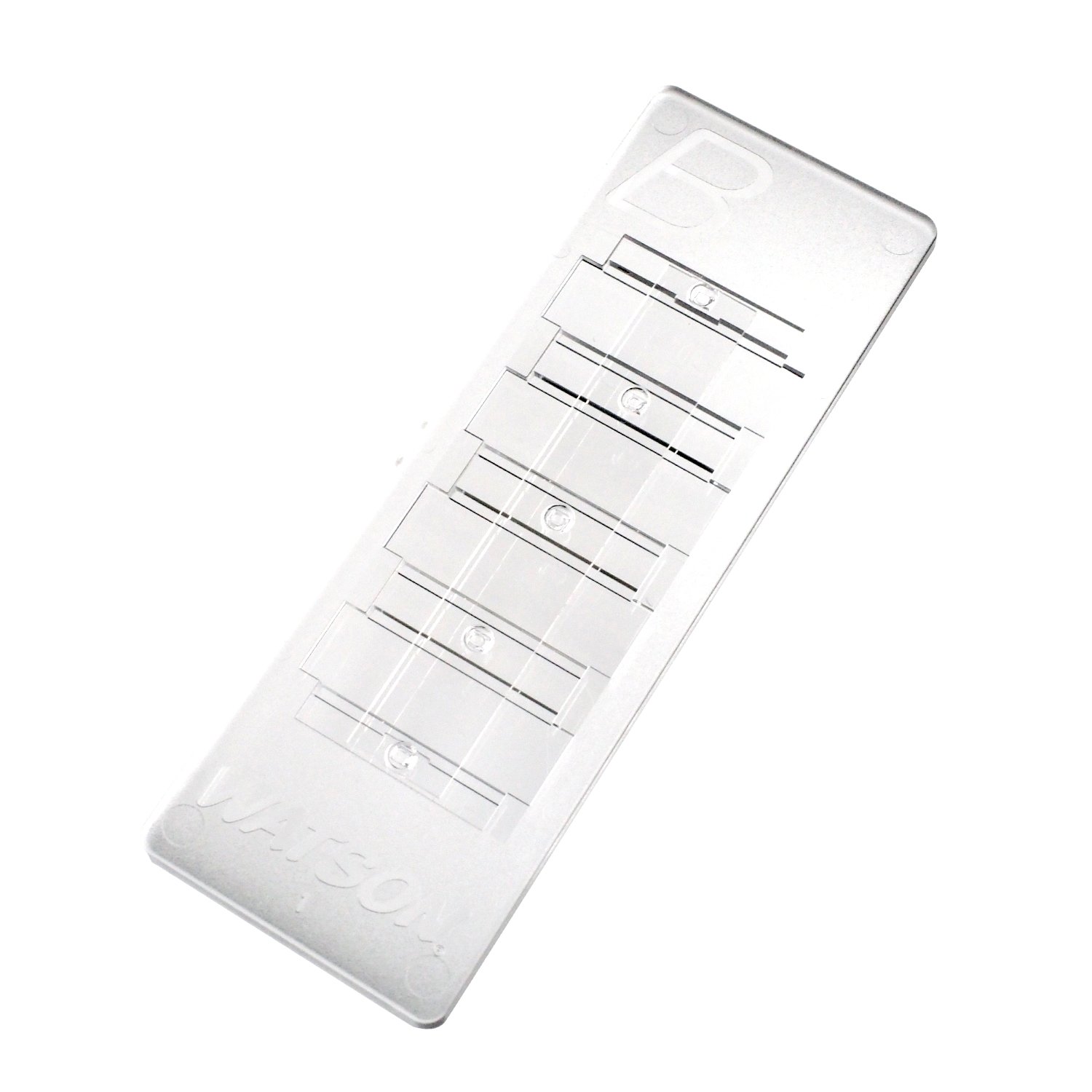 Disposable Counter Plate -Cost-saving 4 counts/plate. -Improved visibility with thinnest grid line. -Easier to count. -The ready-mounted plastic cover film. -4 Grid patterns are available for choice (See below). Packaged in a plastic case: The plastic case prevents damages and stores cell counters safely and cleanly. Easier to count because cells do not get stuck on the grid lines that are molded in the groove form. Cells are easier to be observed because the grid lines are thinner and smoother than glass slide. The ready-mounted plastic cover film provides easy handling The cover film is ready-mounted and it helps to reduce fluctuation of cell count caused by operator's skill.