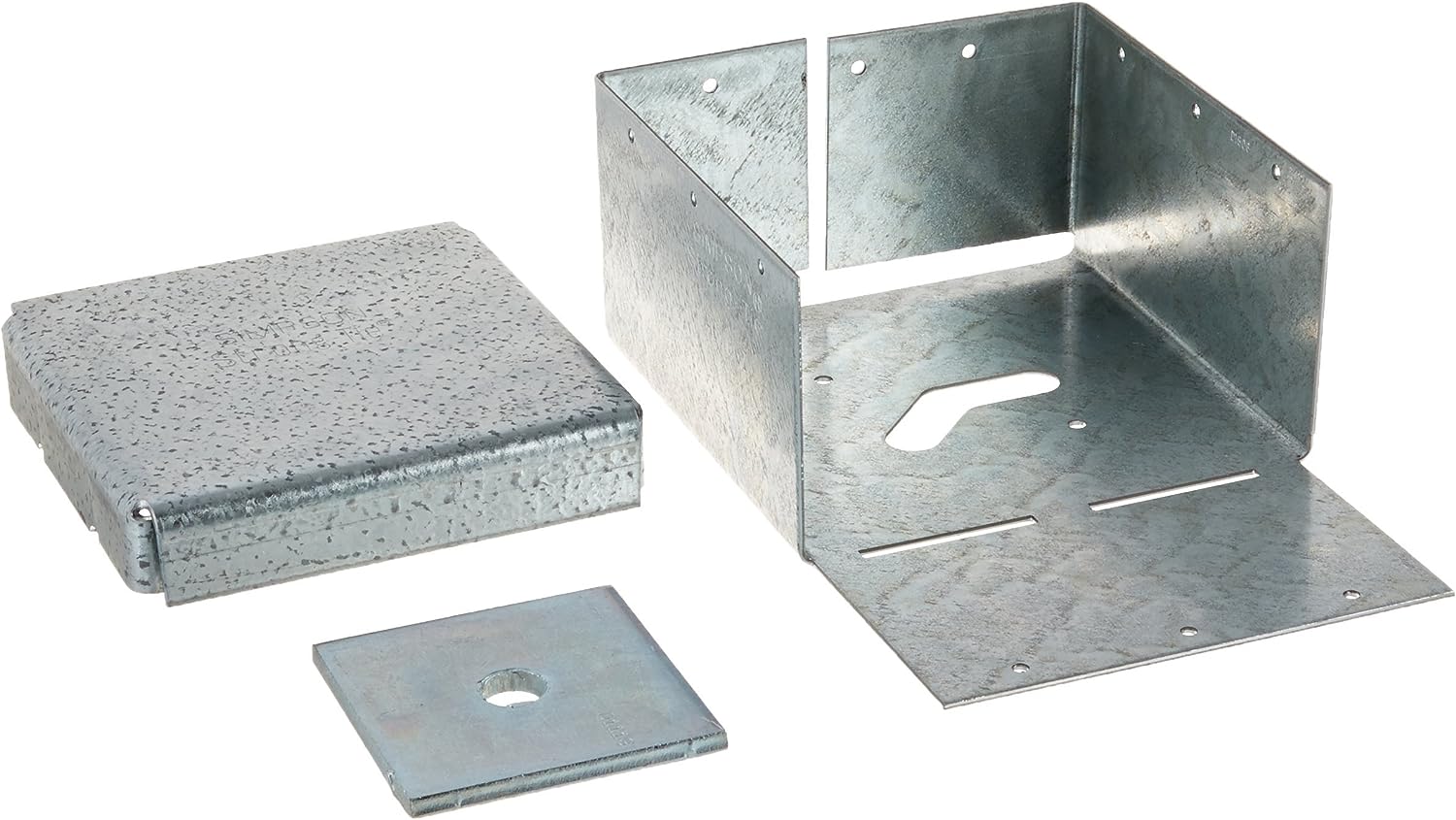 An adjustable retrofit post base with a 1" standoff and increased capacity to resist uplift loads. Features a slot in the ABW that allows flexible positioning around the anchor bolt making precise post placement easier. The 1" standoff helps prevent rot at the end of the post and meets code requirements for structural post that are installed in basements or exposed to weather or water splash. Installs with nails or structural-connector screws. Finish ZMAX coating.

Post and Column Bases secure the bottom of posts or columns to concrete and are perfect for decks or patio covers. Models are available for attaching to existing hardened concrete, wet concrete, as well as wood. The AB series also offers adjustability around the anchor bolt to achieve optimum post placement. And many models provide a 1 in. standoff from the concrete to help avoid post-end rot from moisture.